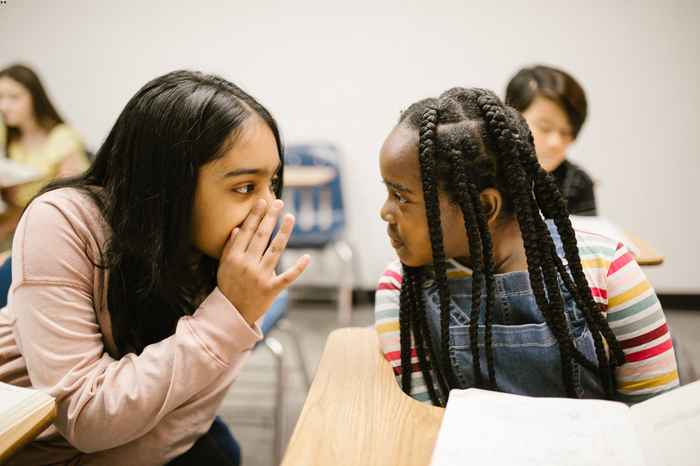 The Benefits of Knowing a Second Language

While there are many states that declare English as their official language, people across the country use hundreds of different languages to communicate. With the increased language diversity in the country, many schools now require students to learn a world language as a requirement for graduation.

In Texas, many students study Spanish. However, schools also offer Latin, German, Japanese, and other languages. Moreover, many programs begin introducing other languages as early as Kindergarten.

So, why is there a push for students to learn another language? What are the benefits of knowing a second language?

What Are the Benefits?

Among school students, there’s a common question. “Why do I need to learn this?”

While it’s frustrating for parents and teachers to hear this, it’s often a valid question. Unfortunately, the answer isn’t always clear to students until much later. As adults, though, there are many benefits to being multilingual.

For many students and their families, English is their second language. Oftentimes, they find that languages are very similar. When you consider Spanish and Italian, previous knowledge of one helps in the study of the other.

In fact, it expands your vocabulary. When you find a word you don’t know, you might know a similar word in another language. As you explore the roots of words, your vocabulary expands.

In many other countries, English is taught at a basic level. Students learn to understand and speak English at school and by watching movies and TV. If they move to the United States, immersion at a young age offers a quick way to learn a language.

During job interviews, a common interview question is “What sets you apart from other job candidates?” When you speak a second language, it gives you an edge over the competition.

In addition to teaching, people who speak a second language have more opportunities in marketing and international business. Any business has the potential to reach new audiences when they have someone who speaks the language and understands the culture.

With the global economy of the modern world, companies continue to diversify. One of the main benefits of knowing a second language is setting yourself apart from a crowd of other applicants.

When students begin to learn a new language at a young age, they have a much better opportunity to absorb it. While they might question why they learn it, they might find a great benefit later in life.

When you learn a second language and practice it regularly, you have a great tool at your disposal. If you decide to travel to a country with your chosen language as its official language, it’s quite helpful.

Some students begin to learn a language at a young age. Later, they choose it as a major in university. Oftentimes, sticking with a language opens up a world of opportunities – quite literally. Moreover, with a diverse community like Houston, knowing a second language has the benefit of opening up new communities and cultures.

The benefits of knowing a second language extend far beyond reading and writing. When you understand another language, you build an extra skillset. It’s more than academics and vocabulary.

There’s a human aspect to understanding a new language. It opens up limitations with who you have an opportunity to communicate with and what you understand. From cultural references to new content, you gain a new perspective on life.

Beyond an awareness of the world, that benefits young learners as they grow.

How Students Can Learn a New Language

Today, the benefits of knowing a second language are more accessible than ever before. Whether you learn a new language at school, work with a tutor, or use an app, everyone has the opportunity to study another language. When parents want to support their children as they study a language, one option is to stay a little bit ahead of their workbooks.

However, you also have more opportunities to connect your interests to your studies. Does your family love to cook? Why not watch a cooking show in French?

Does your child love music? Try listening to music in Spanish or watching a Spanish-language dub of their favorite show. You might not understand everything, but it’s a great way to pick up new words.

No one becomes fluent overnight. However, it’s a great step in the right direction! Moreover, you have the option to use Duolingo for micro-lessons. With just a few minutes of practice a day, you slowly acquire a new language.

Oftentimes, it’s helpful to think of language as acquisition over learning. With how we slowly acquire an understanding, it might be easier to learn a new language than you think. When we learn a language, it’s very different from geography or civics lessons.

Often, people learn language through mimicry, repeating sounds. Then, writing and speaking develop over time. As you learn alongside your young student, you might just see the benefits of knowing a second language yourself!

The Benefits of Knowing a Second Language with Saint Nicholas School

When you understand the benefits of knowing a second language, it opens you up to new cultures and communities. As cultures continue to overlap across the globe, we begin to understand each other more.

At our classical school in Houston, we understand that language is an essential part of a culture. It promotes an acceptance of diversity and learning that as a child is essential. That’s why our students acquire early competency of reading and writing in four languages in the Lower School, guided by the Montessori environment and teachers for Latin, Spanish, and French. To learn more about our private school, contact us today!